Barry is a recipient of the 2005 Neuberger Young Leadership Development Award, the 2006 Performing Arts Fellowship Grant from the Arts Council for Long Beach, as well as the 2007 Arts Council for Long Beach Distinguished Artist of the Year. Barry has a BA from CSU Long Beach and has been a resident, active jazz artist, and music educator in Long Beach for over 25 years. Other performing locations include Disneyland, the Crystal Cathedral (1987-2007), and numerous engagements throughout Southern California. Past leadership experience includes the Board of Trustees of The American Federation of Musicians, Local 7. He is a recent graduate of Leadership Long Beach, a philanthropic networking organization. 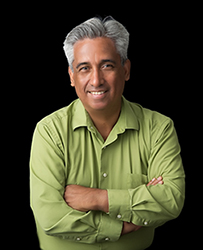 In addition to his arranging and conducting duties with the Jazz Angels, Albert is the director of the jazz ensembles at Chapman University and performs regularly at Disneyland. Albert played on Rosemary Clooney's Grammy-nominated recording Sentimental Journey, The Girl Singer and her new Big Band (1991). He has performed, conducted, and arranged music for jazz legends Barbara Morrison, Louie Bellson, & Clark Terry, and toured with the national touring company of Oprah Winfrey's production, The Color Purple. He remains an in-demand sideman for engagements all over the United States.

The directors of the Jazz Angels are much more than just jazz music teachers in Southern California. They are accomplished professional musicians with extensive and varied careers in the professional music world. Their experience extends beyond Long Beach, but all through California and the rest of the world.

Sign NOW up for the next Music Session
by going here.

Be in a jazz band! If you are 11-18 years old and are already playing music, join us for an incredible musical experience in the Long Beach, CA area.

Help us help our community:

Thanks for your patience as we finalize the curric

Check Out Our Upcoming Events

The Jazz Angels rehearsal studio is located in Signal Hill, California, next to Long Beach and close to the 405 freeway on Willow Street between the Cherry and Lakewood exits by appointment.We perform in a variety of public and private music venues in Long Beach, Signal Hill, Lakewood, Seal Beach, and Paramount. Our young musicians come from many other communities such as Los Alamitos, Palos Verdes, San Pedro, Westminster, Huntington Beach, Cerritos, Downey, Garden Grove, Cypress and more. These are more than music lessons, they are performance lessons and life lessons.